CelebrateLIFE! Sharing the joy of living and growing throughSpiritualist community, education and mediumship.

Here you will find digitized books, videos and podcasts to expand your knowledge of Modern Spiritualism. 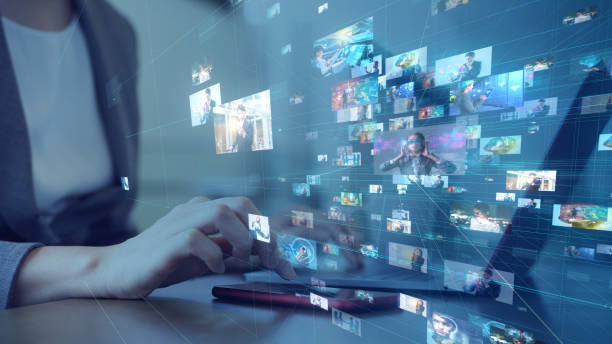 Download File
Members' Corner
Contributions from Celebrate Life's Members
Books by Dr. Alan Ross Hugenot
1) The New Science of Consciousness Survival and the Metaparadigm Shift to a Conscious Universe- 2016 Ebook. How the sciences of quantum electrodynamics, near-death experiences, biocentrism, and the sciences of consciousness survival have already replaced Newtonian materialism.
​"Our challenge is to discover, through careful science, how we can interface with this matrix of consciousness. Viewing psi phenomena as belonging to aspects of reality, about which we as yet simply know very little, is the only honest way for any scientist to proceed. Healthy scientific skepticism must be open to new discoveries; and so allow open examination of the scientific data developed by rigorous para-normal research. Honest, open minded inquiry will bring both new discoveries of truth and new laws of physics beyond the limits of the Newtonian paradigm." Alan Hugenot
Suggested reading from this book:
Manifesto for a Post Materialist Science- We believe that the sciences are being constricted by dogmatism, and in particular by a subservience to the philosophy of materialism, the doctrine that matter is the only reality and that the mind is nothing but the physical activity of the brain. We believe that the sciences would be more scientific if they were free to investigate the natural world in a truly open way – without the constraints of materialism and the prejudice of dogma – while adhering to the scientific methods of data collecting, hypothesis testing and critical discussion.
Suggested viewing from this book:
Robert Lanza: The Theory of Biocentrism, Part 1- Robert Lanza's talk on Biocentrism at the 2010 Science and Nonduality Conference.
Robert Lanza: The Theory of Biocentrism, Part 2- Robert Lanza's talk on Biocentrism at the 2010 Science and Nonduality Conference.
Therapeutic hypothermia: Cool treatment helps cardiac arrest patients: In cases of cardiac arrest, which has less than a 10 percent survival rate, therapeutic hypothermia can be used to lower the body temperature and protect internal organs and tissues.
Consciousness and Near-Death Experiences - Pim van Lommel- Dr. Pim van Lommel details his research into near-death experiences, the scientific and spiritual implications of consciousness independent of brain functioning.
Beyond Our Sight- A documentary by Anthony Chene. Can we survive death ? What is the nature of our consciousness ? Dr. Dean Radin, Dr. Alan Hugenot and others talk about near-death experiences, human consciousness, and the possibility of communication with other dimensions.
Proof of Heaven: A Neurosurgeon's Journey into the Afterlife- Dr. Eban Alexander talks about the near death experience (NDE) in his book "Proof of Heaven".
Dr. Dean Radin discusses the work of the Consciousness Research Lab at the Noetic Institute- 2min vimeo video
Is Consciousness More than the Brain Interview with Dr Gary Schwartz- No truly coherent cosmology can fail to address human consciousness. As Wal Thornhill has written, "A real cosmology must be a broad and coherent natural philosophy. It may always be incomplete, based on our limitations, but to be valid there can be no exceptions in our experience. In particular, cosmology must address issues of life and the human condition. Therefore it must be a truly interdisciplinary pursuit."
Dr. Brian Weiss and Connecting with your Everyday Angels- Past-life regression expert Dr. Brian Weiss says the people who have loved you on this earth are called master teachers and can be viewed as angels after they pass. Watch as he and Oprah discuss the many forms of angels.
Leon’s Past Life Regression with Dr. Brian Weiss- “Oprah Show” guest Leon Roberts returns to Harpo Studios to undergo an emotional past-life regression with renowned psychiatrist Dr. Brian Weiss. During the emotional session, Leon uncovers what may be the real reason for his rocky relationship with his sister in his current life.
Scientific and Spiritual Implications of Psychic Abilities - Russell Targ- What do the healer, the mystic, the psychic, and the spy all have in common? They are all in touch with their non-local mind and our community of spirit. During the 1970’s and 80’s, Stanford Research Institute (SRI) carried out investigations of our ability to experience and describe distant events blocked from ordinary perception. This intuitive capacity was named remote viewing, and the research was supported by the CIA, NASA and many other government organizations for gathering intelligence information about world-wide activities during the Cold War.
DR. QUANTUM - DOUBLE SLIT EXPERIMENT- A SHORT LESSON IN THE BASICS OF QUANTUM PHYSICS BY PHYSICIST FRED ALAN WOLF Quantum physics is the study of the interaction of atoms and the microscopic universe. Quantum Physics gave us TV, microwave ovens, lasers, cell phones, nuclear energy, and the atom bomb. In the early days Quantum researchers did various experiments on electrons, or the tiny particles that seem to fly around the nucleus of an atom and of which everything in our present existence is made.


2) "The Death Experience, What it's Like When You Die"- This 2012 book describes what you will experience as you die. Giving details of the death process and your journey into the afterlife based on the author's own Near-Death experience where he died, went out-of-body into the afterlife, and returned to a second life in the same body. His experiences are collated with the Tibetan Book of the Dead; the Egyptian Book of the Dead; and current research on the Near Death-experience by the International Association for Near Death Studies (IANDS); Dr. Ian Stevensens's research on Children who Remember Past Lives at the University of Virginia; and studies of After-Death Communication at the University of Arizona. Giving the current science on consciousness survival while explaining quantum mathematics and the afterlife postulated to exist in dark energy located in alternative dimensions.
Suggested viewing related to this book:
Present! Science of the Afterlife- Alan Ross Hugenot asked some big questions after is near-death experience in 1970 and he is interviewed here by Mel Van Dusen about this findings as outlined in his book "The Death Experience: What it is like when you die". This program was aired on KMVT15 Community Media.

​
Video Interviews with Dr. Alan Ross Hugenot
1)  The Nature of Consciousness- Interview by Anthony Chene- Dr. Alan Ross Hugenot talks about his near-death experience and how he ended up being a medium. He explains the nature and capabilities of our consciousness, and why science has to change its viewpoint to really understand it.
2) Meet the Author: Live Stream with Alan Ross Hugenot- "New Thinking Allowed" host Jeffrey Mishlove's interview with Dr. Hugenot. This Live Stream provided an opportunity to interact directly with him.
3) Episode 161 Alan Hugenot, Ph.D. on WE DON'T DIE RADIO- Dr. Hugenot is a semi-retired, Naval Architect & Marine Engineer. He holds a Doctorate of Science in Mechanical Engineering, and is a nationally recognized expert in physics & engineering science. After surviving a near-death experience in 1970, he has made a 45 year, scientific study of consciousness survival and evidential mediumship.
Auset O'Neal
XX
XX
XX